So far I've been doing a lot of hiking this year - in preparation for doing South Sister (outside of Bend, Oregon) in August! 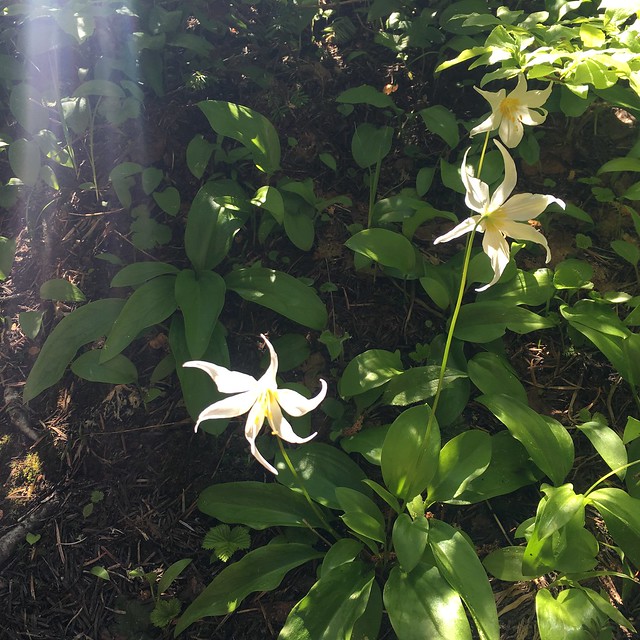 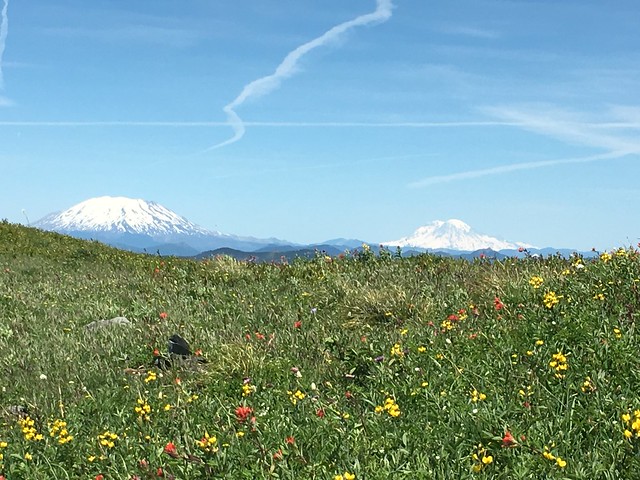 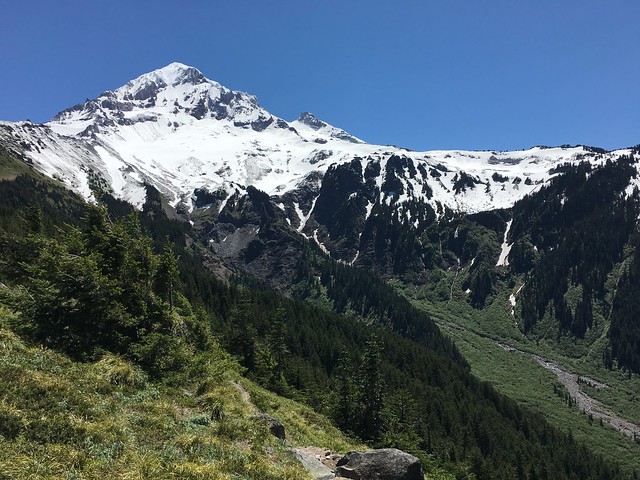 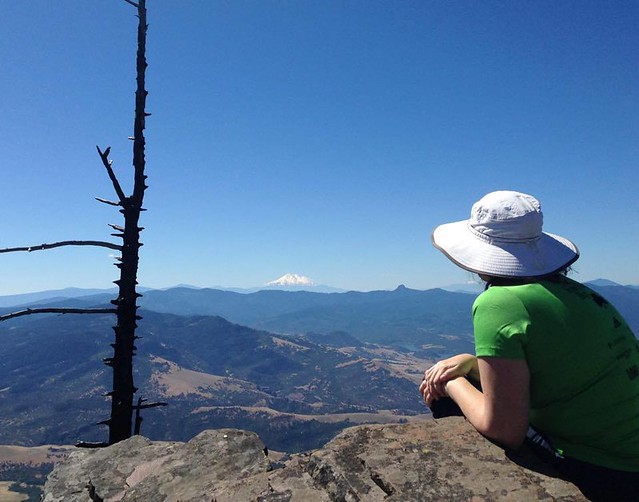 I also added yet another activity to my non-working hours: cookbook club! A friend organized this, and I'm so grateful she did as it's something I've wanted to do for a long time but didn't have the right people/energy to get it going. We pick a cookbook, everyone gets it from the library (or buys it I guess), we each pick recipes and tell each other what we'll bring, and then we have a potluck made up of dishes all from the same cookbook. OOOOOOH it is so good. 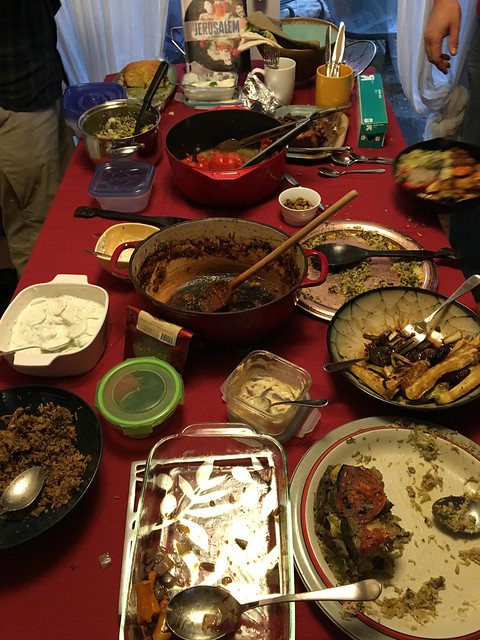 Food from the Jerusalem cookbook by Sami Tamimi and Yotam Ottolenghi 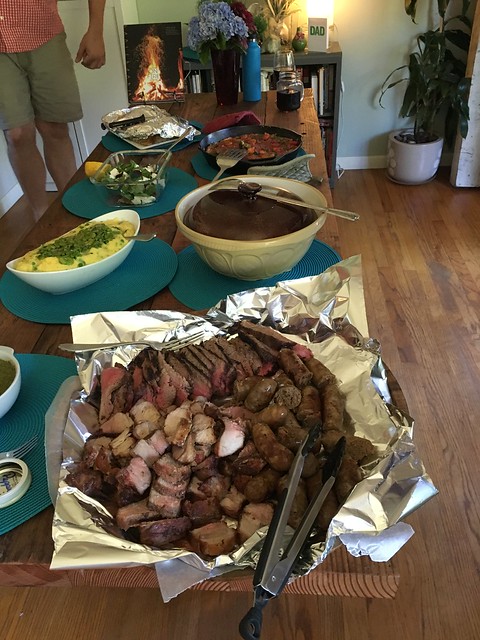 Food from Mallmann On Fire by Francis Mallmann

Running continues to be a major challenge - namely, finding shoes that don't make my legs ache - and I've tried yoga three times at a spot in my neighborhood. Today I get to take off since I hiked 10.5 miles yesterday; since I had an enormous dinner after the hike, I might walk a couple miles today just so I don't feel like a complete slug. We'll see how the weather is looking when I get off work!